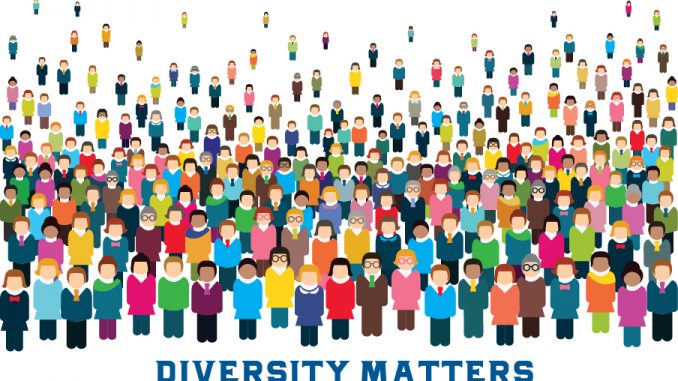 Although founders are preoccupied with funding and product design, it’s incredibly important to focus on your team’s diversity, too. Especially in these early days before you see tremendous growth.

Early stage companies tend to lack diversity. As a founder, you likely work with people who are your friends⁠—people with a similar background to yours. As social animals, humans subconsciously choose to associate with others who are like ourselves. It’s this bias that works against you if you want to grow a healthy, profitable startup.

The link between diversity and profits

Diversity isn’t a frilly concept or a box to tick on your to-do list. It’s a philosophy that should be part of your company’s cultural fabric. Although diversity is the right thing to do ethically, it’s also a sound financial choice.

The McKinsey company did a survey and found that, globally, gender-diverse companies were 21% more profitable. A 21% boost in profits is astounding, especially if you’re trying to bootstrap your early stage tech company.

But gender diversity is only one facet of diverse companies. Ethnic and cultural diversity is also critically important. The McKinsey study found that brands were 33% more likely to have better profits if they were ethnically and culturally diverse. Studies suggest a strong correlation between diversity and fiscal performance.

When your early stage company is earning more, your investors get a better return. Your diversity could be a big selling point to bring investors on board.

How to be more diverse as an early stage company

As an early stage technology company, you live for scaling your brand. If there were a way to boost profits by 21%, shouldn’t you do it?

But it’s one thing to acknowledge the value of diversity and another thing entirely to make diversity a reality. Follow these steps to create a diverse startup that generates bigger ideas and better profits.

From day one, you should bring people to the team who are unlike yourself. It’s easy to pick your college roommate as a co-founder, but this will limit your imagination.

Studies suggest that at least one-third of your leadership should be female – and that one-third should be racially and ethnically diverse. This gives signals to ‘all’ female applicants that they’re welcome at your company. This is important if you plan to scale a diverse team over time.

Find females to fill leadership roles as early as possible. This will not only give you a good outside perspective but will attract more diversity as you grow.

Women and minorities are famously underpaid, especially in tech industries. Be a champion for salary transparency at your company. Allow employees to discuss their salaries. Pay your female and minority employees the same as their non-diverse counterparts. Don’t just ‘Talk the Talk’ but ‘Walk the Walk’. Be transparent about your pay scales. If you notice a pay discrepancy, address it immediately.

Startups are famous for their laissez-faire interviewing practices. However, these practices send subconscious signals to potential candidates that they aren’t welcome at your company. You don’t have to sacrifice your company culture, but you do need to standardize hiring practices to level the playing field.

Ask the same interview questions with each applicant. Adjust wording in your job ads to be gender-neutral. This is especially important if you aren’t a member of a minority group yourself. You’re subject to unconscious biases that harm diverse applicants’ chances.

Stereotypes make your diverse employees feel disenfranchised and unwelcome. Don’t reinforce tired stereotypes in your workplace. For example, don’t seek out a woman to fill the position of executive assistant. Don’t enforce strict dress codes based on gender, such as requiring women to wear heels and skirts while men can wear whatever they want.

The hard numbers show that diversity isn’t a nice-to-have concept. It has a real impact on your company’s success, especially in your early days. Institute culture changes early on to build a diverse, profitable company that excels.

Don’t try to diversify your early stage company alone. Get an outside opinion from someone who has fresh eyes. Chat with Hollines Group now to get your startup on the right foot.